The Idea of the Avant Garde

The exhibition The Idea of the Avant Garde is premised on the view that the theories and practices of the avant garde have an increased importance in these times of global political, economic and social crisis. Tracing diverse histories and proposing new trajectories, the works in the exhibition present an international, inter-generational and interdisciplinary forum on the idea of the avant garde today. The project is concerned with theories and practices that examine the notion of the avant garde as a contemporary social and creative subject that exists in an uneven and contradictory relation to historical avant gardes. The project includes artists and intellectuals from different generations, different geographical locations and different arts backgrounds, including visual arts, photography, film, architecture, literature and music. Driven by artistic and radical political impulses, avant garde ideas are today “in the flow” (Groys) of social media and new artistic logics, material infrastructures and changing social relations (Relyea). The exhibition has as its premise the relation of these historical shifts to the avant garde’s core programme of extended conceptualisation and end of art historicity (Roberts).

The exhibition includes artists who have either contributed to or were discussed in the books edited by Marc James Léger, The Idea of the Avant Garde - And What it Means Today (Manchester University Press, 2014) and The Idea of the Avant Garde – And What It Means Today, Volume 2 (Intellect and NeMe). As an innovative feature, the exhibition creates a circuit between the ideas and artworks that are presented and discussed in these two books and those works that are presented in the gallery exhibition. Rather that start with an exhibition and then produce a catalogue as a supplement and document of the exhibition, the process is here reversed, making the exhibition part of the avant garde’s suspensive relation to the dominant conditions of artistic labour under global capitalism. The works in the exhibition were sent as digital files ( jpg, mp4, mp3, etc ) that were then presented as audio works, video works and A0-size prints. The dimensions of the b+w prints echo the formatting of 2D works in the two books. The gallery space thereby becomes a 4D reference to the two books.

The conceptual parameters of the exhibition are extended to the Cyprus community though an exhibition, open discussion, interdisciplinary workshop, performance event, seminar, Class Wargames event, film screening and publication. As such, the project not only investigates the idea of the avant garde today but also the relationship of the Cypriot arts scene to these issues.

We would like you to watch this NeMe produced video, presenting footage from the exhibition The idea of the Avant Garde, uploaded on vimeo.com/298756722.
By viewing it here, you accept Vimeo's privacy policy.

With a presentation by Marc James Léger and discussion moderated by Evi Tselika and Yiannis Colakides.

The round table discussion is an invitation to consider the role of cultural workers in providing concepts to discuss avant-garde culture in a rapidly transforming social, political and economic context. Marc James Léger opened the event with a comparison of two recent articles that consider the role that cultural elites may have played in the rise of Donald Trump and the far right: c.f. Alex Melamid, “Blame Donald Trump’s Rise on the Avant-Garde Movement,” Time.com (May 12, 2017) and Andrea Fraser, “Toward a Reflexive Resistance,” x-traonline.org (Winter 2018). He proposed that contemporary artists re-engage with leftist radicalism. Participants discussed these questions with regard to the political situation in Cyprus.

Marc James Léger and Cayley Sorochan facilitated a discussion on contemporary art practices in relation to the idea of the avant garde and what it means today. Léger examined the status of art practice in the context of the hegemony of petty-bourgeois post-politics and Sorochan addressed critiques of digital culture with regard to the role of participation in artistic practice. This was followed by a discussion among those in attendance.

Cayley Sorochan holds a PhD in Art History & Communication Studies from McGill University, where she has been active as a department representative on various student association committees. She published the first critical essay on the flash mob phenomenon in TOPIA: Canadian Journal of Cultural Studies. She has also published in Reviews in Cultural Theory, Estudos Ibero-Americanos and Seachange Journal. She contributed book chapters to Marxism and Urban Culture (2014) and The Participatory Complex (2016), and co-edited a special supplement on the 2012 Quebec Student Strike for the journal Theory & Event. She also holds a BFA from the University of Lethbridge, where she was recipient of the student gold medal for the Arts and Humanities Faculty.

The opening of the exhibition featured an introduction by the exhibition curator followed by performances by Evie Demetriou, Petros Konnaris, Arianna Marcoulides and Eleftheria Socratous. This parallel performance event was organised by NeMe.

We would like you to watch these NeMe produced videos uploaded on Vimeo, presenting performances by Eleftheria Socratous, Petros Konnaris, Arianna Marcoulides, and Evie Demetriou.
By viewing them here, you accept Vimeo's privacy policy.

A one-day seminar on the idea of the avant garde was hosted at the NeMe Arts Centre, with guest speakers Marc James Léger, Evi Tselika, John Roberts, Richard Barbrook, and Andreas Panayiotou.

Evi Tselika is a visual arts researcher, visual art producer and arts educator. She is Assistant Professor and Programme Coordinator of the Fine Arts Programme at the University of Nicosia. Her practice-led research is focused on the role of conflict resolution in relation to socially engaged art practices. Her talk addresses the ways in which artistic practices have been used in the context of the ethno-nationally divided city of Nicosia as a tool for conflict transformation and dialogue. The issues surrounding Manifesta 2006 are described as the failure of the global art world to take into account local issues. At the same time, artistic tactics that seek to unsettle ethnic identifications are pressured by a spirit of community building that conforms to globalisation.

John Roberts is Professor of Art and Aesthetics at the University of Wolverhampton. His research area includes art theory, cultural philosophy, and art and political philosophy. He is currently leader of the Research Cluster ‘Art, Philosophy and Social Practice’ in the Faculty of Fine Arts. In 2015 he published Revolutionary Time and the Avant-Garde, the most important text on the subject since Peter Bürger’s Theory of the Avant-Garde. His presentation discusses the historicity of the avant garde in contrast to the evolutionary temporality of the value form as an ontological irreality. A conceptual history reveals the avant garde’s non-contemporary and non-identitary relation to the self-sufficiency of conditions, affirming the virtuality of the avant garde as it is refunctionalised beyond market mechanisms and artistic subjectivity. Art as idea is art’s place in the totalising critique of capitalism.

Andreas Panayiotou is Assistant Professor in the Department of Journalism, Communication and Mass Media at Frederick University, where he teaches courses in sociology, Cultural Studies and communications. His interests include the deciphering of dialectical forms in the interaction of social structures and social movements within the world system. His talk on “Guy Debord and Marshall McLuhan in Chiapas” focuses on uneven development in the intersection of communication technology and radical practices. Reading through Lukacs, Chomsky, Foucault, Debord and McLuhan, Panayiotou discusses the theft of the everyday and its repackaging as advertisement. He proposes a relativistic and participatory pluralism of affinity groups that struggle against the misery of proletarianization.

We would like you to watch these NeMe produced videos uploaded on Vimeo, presenting talks by Marc James Léger, Evie Tselika, John Roberts, Andreas Panayiotou, and Richard Barbrook.
By viewing them here, you accept Vimeo's privacy policy.

After the seminar, a Class Wargames event was introduced and hosted by Class Wargames member Richard Barbrook. Barbrook is a senior lecturer in the Faculty of Social Sciences and Humanities at the University of Westminster. His book Imaginary Futures: From Thinking Machines to the Global Village is the winner of the 2008 Marshall McLuhan Award for Outstanding Book of the Year in the field of media ecology. He is founding member of the Class Wargames collective and author of Class Wargames: Ludic Subversion Against Spectacular Capitalism (2014).

Barbrook introduced Guy Debord’s Game of War, a war game designed to teach the proletariat with fight and win the class war. The Class Wargames collective defines itself as an “avant-garde movement of artists, activists and theoreticians engaged in the production of works of ludic subversion in the bureaucratic society of controlled consumption.” After the film a match was held with the theme of creative class vs. activist class, a civil war among two factions of the global petty bourgeoisie, as proposed by Marc James Léger in his détourned Class Wargames communiqué. Two sides were introduced to the rules and manoeuvres of the game with a Rio de Janeiro start position. While the creative class won the first three charges against the enemy’s infantry, owing mostly to the cunning of Major Cayley and the quiet observations of Lieutenant Haris, the activist class won the match by breaking the opposition’s lines of communication. This, however, was after the creative class got drunk on local Bacchanalian spirits, inspired by an ancient statue in the Castle of Limassol. Meanwhile, Siberia Girl took command of the offensive by attentively studying how the game is played. The particulars of the civil war conflict were later discussed over shots of Zivania, a distilled pomace brandy with a light aroma of Cultural Studies. 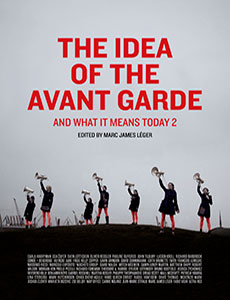