1. A Margin of Error

“It’s not my fault. Communication error has occurred,” my computer pleads with me in a voice of lady Victoria. First it excuses itself, then urges me to pay attention, to check my connections, to follow the instructions carefully. I don’t. I pull the paper out of the printer prematurely, shattering the image, leaving its out takes, stripes of transience, inkblots and traces of my hands on the professional glossy surface. Once the disoriented computer spat out a warning across the image “Do Not Copy,” an involuntary water mark that emerged from the depth of its disturbed memory. The communication error makes each print unrepeatable and unpredictable. I collect the computer errors. An error has an aura.

To err is human, says a Roman proverb. In the advanced technological lingo the space of humanity itself is relegated to the margin of error. Technology, we are told, is wholly trustworthy, were it not for the human factor. We seem to have gone full circle: to be human means to err. Yet, this margin of error is our margin of freedom. It’s a choice beyond the multiple choices programmed for us, an interaction excluded from computerized interactivity. The error is a chance encounter between us and the machines in which we surprise each other. The art of computer erring is neither high tech nor low tech. Rather it’s broken-tech. It cheats both on technological progress and on technological obsolescence. And any amateur artist can afford it. Art’s new technology is a broken technology.

Or shall we call it dysfunctional, erratic, nostalgic? Nostalgia is a longing for home that no longer exists or most likely, has never existed. That non-existent home is akin to an ideal communal apartment where art and technology co-habited like friendly neighbours or cousins. Techne, after all, once referred to arts, crafts and techniques. Both art and technology were imagined as the forms of human prosthesis, the missing limbs, imaginary or physical extensions of the human space.

Many technological inventions, including film and space rocket were first envisioned in the science fiction; imagined by artists and writers, not scientist. The term “virtual reality,” was in fact coined by Henri Bergson, not Bill Gates. Originally it referred to the virtual realities of human imagination and conscience that couldn’t be mimicked by technology. In the early twentieth century the border between art and technology was particularly fertile. Avant-garde artists and critics used the word “technique” to mean an estranging device of art that lays bare the medium and makes us see the world anew. Later the advertisement culture appropriated avant-garde as one of the styles, as an exciting marketable look that domesticates, rather than estrange the utopia of progress. New Hollywood cinema uses most advanced technology to create the special effects. If artistic technique revealed the mechanisms of conscience, the technological special effect domesticates the illusions and manipulations.

Has Art itself become a mere out take, a long footnote to the human history? In the United States it is technology, not culture, that is regarded to be a space for innovations. Art, it seems, has overstayed its welcome. But the amateur artists, immigrants from the disintegrated homeland, survive against all odds. Often they cross the border illegally and like the diasporic repo-men try to repossess what used to belong to them, re-conquer the space of art.

The amateur artists aspire neither for newness nor for a trendy belatedness. The prefixes “avant” and “post” appear equally outdated or irrelevant in the current media age. The same goes for the illusions of “trans.” But this doesn’t mean that one should try desperately to be in. There is another option; not to be out, but off. As in off-stage, off-key, off-beat and occasionally, off-color. One doesn’t have to be “absolutely modern,” as Rimbaud once dreamed, but off-modern. A lateral move of the knight in game of chess. A detour into some unexplored potentialities of the modern project.

Broken-tech art doesn’t thrive in destruction. At times, I go so far as to hit my computer, give it a mild spanking, push it to the limit. I want to handle it manually, like a craftsman handles his tools but without craftsman’s faith in the materials. Yet I never wish to annihilate the computer and return to the anxieties of leaking pens and inkblots on the grid- paper of my childhood. Broken-tech art is not Luddite but ludic. It challenges the destruction with play.

In the early twentieth century French photographer Jacques-Henri Lartigue wanted to make photography do what it couldn’t do: to capture movement. The blurs on the image are photographic errors, nostalgia for what photography could never be, longing for cinema. Yet photography shouldn’t become as garrulous as a film. It offers an elliptic narrative without a happy ending. Its fleeting narrative potentialities would never find their scriptwriters and producers. There would always be a cloud or two, a crack on the surface of the picture, a short shadow that evades the plot.

With his inimitable oblique lucidity Walter Benjamin wrote about the importance of short shadows. They are “no more than the sharp black edges at the feet of things, preparing to retreat silently, unnoticed , into their burrow, their secret being.” Short shadows speak of thresholds, warn us against being too short-sighted or too long-winged. When we get too close to things, disrespecting their short shadows, we risk to obliterate them, but if we make shadow too long we start to enjoy them for their own sake. Short shadows urge us to check the balance of nearness and distance, to trust neither those who speak of essences of things nor those who preach conspiratorial simulation.

Broken-tech art is an art of short shadows. It turns our attention to the surfaces, rims and thresholds. From my ten years of travels I have accumulated hundreds of photographs of windows, doors, facades, back yards, fences, arches and sunsets in different cities all stored in plastic bags under my desk. I re-photograph the old snapshots with my digital camera and the sun of the other time and the other place cast new shadows upon their once glossy surfaces with stains of the lemon tea and fingerprints of indifferent friends. I try not to use the preprogrammed special effects of Photoshop; not because I believe in authenticity of craftsmanship, but because I equally distrust the conspiratorial belief in the universal simulation. I wish to learn from my own mistakes, let myself err. I carry the pictures into new physical environments, inhabit them again, occasionally deviating from the rules of light exposure and focus.

At the same time I look for the ready-mades in the outside world, “natural” collages and ambiguous double exposures. My most misleading images are often “straight photographs.” Nobody takes them for what they are, for we are burdened with an afterimage of suspicion.

Until recently we preserved a naive faith in photographic witnessing. We trusted the pictures to capture what Roland Barthes called “the being there” of things. For better or for worse, we no longer do. Now images appear to us as always already altered, a few pixels missing here and there, erased by some conspiratorial invisible hand. Moreover, we no longer analyse these mystifying images but resign to their pampering hypnosis. Broken – tech art reveals the degrees of our self-pixelization, lays bare hypnotic effects of our cynical reason.

We are surrounded by the anonymous buildings of our common modernity, a part of the other International Style not commemorated in masterpieces but inhabited in the outskirts of Warsaw, Petersburg, Berlin, Sarajevo, Bratislava, Zagreb, Sofia. These buildings, often indistinguishable from one another, even in my own photographs, compose an outmoded mass ornament of global culture. That is only at the first glance, of course. If we look closer we see that no window, balcony or white wall is alike. People in these anonymous dwelling places develop the most nuanced language of minor variations; they expose singular and unrepeatable out takes of their ordinary lives: a lace curtain half-raised, a dusty lampshade in retro colours of the 1960s, a potted flower that knew better days, a piece of a risqué underwear hung on a string here and there. The inhabitants of these buildings dream of elsewhere, homesick and sick of home. The satellite dishes spread out over the ruined balconies like desert flowers.

A Critic, an Amateur

If in the 1980s artists dreamed of becoming their own curators and borrowed from the theorists, now the theorists dream of becoming artists. Disappointed with their own disciplinary specialization, they immigrate into each other’s territory. The lateral move again. Neither backwards nor forwards, but sideways. Amateur’s out takes are no longer excluded but placed side-by-side with the non-out takes. I don’t know what to call them anymore, for there is little agreement these days on what these non-out takes are.

But the amateur’s errands continue. An amateur, as Barthes understood it, is the one who constantly unlearns and loves, not possessively, but tenderly, inconstantly, desperately. Grateful for every transient epiphany, an amateur is not greedy. 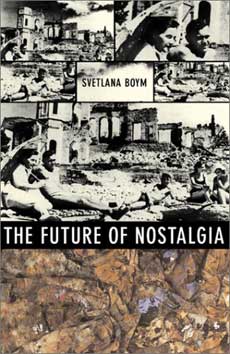