How will museums become more or less like libraries, amusement parks, archives, television and corporations?

The question may not be “how will they change” but “how they ought to change”. It is not technology that is making this necessary but a broader artistic interpretation of contemporary cultural media, of which certain technological practices epitomize.

While we technological artists are often happy to stick a monitor in the midst of a traditional gallery, ultimately, the museum or presenting organization needs to reevaluate what an exhibition means. Contemporary artists’ work often alludes to trade-shows, cyber-cafes, carnivals, archeological sites, nightclubs, etc, and the very structures of presenting context, funding and viewer interaction, should be transformed if museums are to do justice to such new work. The museum could understand itself as a transforming environment (an abstract machine even) which alters its purpose, rules, hours and staffing, for every new exhibition. There should be no sense of dull familiarity for the viewer.

Some exhibits might involve transforming the museum into a high-tech specialty shop in which individual artist’s works might include ‘CDs and browsing displays’, ‘wearable gadgets modeled by mannequins’, ‘bioengineered food products in sealed packing’, ‘t-shirts with artists’ logos’ etc. Perhaps the assortment of flashy commodities could be encircled by coin and card operated interactive works.

Other exhibits might have artists as tour-guides, changing the interpretation of all displayed works, or taking visitors through administrative wings or storage facilities. These tours might involve special headsets with pre-recorded stops, for instance noting the original influences for Duchamp’s Fountain or Gober’s drains while touring the restrooms. The ultimate conclusion of this line of inquiry might involve removing all works from the exhibit space and having the entire exhibit experience created through headset-based tours throughout. While certain aspects of the museum and museology may be voided in this process, their very absence might render such a work as the ultimate mediation on the museum itself.

Less self-reflexive museum exhibits might involve an exploration of new trends in artistic practice, such as collaborations becoming technological research institutions, becoming companies, becoming transnational corporations (perhaps even religious cults). The museum might become a corporate headquarters for a stint, so as to foster the ultimate merges of individual artist groups based on specialization of skills, products and potentials for cultural capital. The exhibit would be modeling a site of corporate power-perhaps catalyzing what had previously been called an art movement, but what now would be better understood as an artist monopoly.

While these are just a few examples of how interesting a transforming museum might be, they call attention to the fact the similar projects are currently being produced by artists, yet have seldom been afforded the proper context to inform and inspire the general public. While electronic festivals afford these works the opportunity to be created, the museum and a more focused thematic, curatorial vision, might afford a better opportunity for such works to really resonate. Lastly it should be remembered that traditional museum spaces are not value of meaning free. Thus, I am not advocating museums to begin to assume specific cultural meanings, rather, just to alter them now and again. 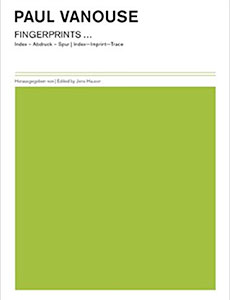