DIGITAL WORKERS AND ARTISANS: GET ORGANISED!

How does digital work differ from its analogue forms?

Although developed for military and corporate purposes, digital technologies also create opportunites for working people. With these amazing tools, we are not only able to invent new aesthetic forms, but also can work in more satisfying ways. Above all, digital technologies can allow us to rediscover the dignity of artisan labour without losing the material benefits delivered by the analogue working methods of Fordism. Over the past two centuries, industrialisation has slowly replaced skilled craft labour with repetitive factory and office work. In the Fordist factory, even the pace of working can be determined by the speed of the assembly lines. For most of this century, people have grudgingly accepted the boring nature of their jobs. In return, they have been given enough wages to buy large amounts of goods and services produced by Fordist industrialisation. However, once their living standards are sufficient, most people also want to enjoy satisfaction in their work. They don’t just want money, but also respect.

In many areas, the introduction of digital technologies investment has perpetuated all the worst features of the Fordist assembly line. From call-centres to phpl-sweatshops, employees continue to face the problems of low salaries, job insecurity, flexible contracts, long hours, lack of union recognition and unhealthy working conditions. Yet, in other companies, the situation can be entirely different. Using digital technologies, people combine the creative freedom of artisan labour with the high productivity of Fordism. Because each extra copy can be reproduced at a very low price, the high costs of employing craft labour for making the first copy of a film, programme or recording are economically viable. With the advent of the Net, the potential productivity of creative work is even greater. Like the artisans of the proto-industrial epoch, digital workers have to use craft skills to produce quality artefacts. Like labourers in a Fordist factory, they can reproduce multiple copies of the same product. In the age of the Net, digital work could synthesise the best features of its analogue predecessors: the high skills of the artisans and the high productivity of the factory hands.

How can digital work be creative?

In a capitalist society, paid work is performed to produce goods and services which can be sold in the marketplace or will be purchased by the state. Like other products, hypermedia products also have to be made to the specifications of others. Within some companies, digital technologies have increased the power of management to supervise and control the activities of their employees in the minutest detail. The separation of conception from production found within the Fordist factory continues in many post-Fordist workplaces. Even in more artisanal sectors, people often have to use standardised software packages and mainstream graphic designs to get the job completed on time and within budget. For these contracts, creativity is restricted to producing a quality product which will satisfy the needs of its users.

However, the constant changes in hypermedia software and design fashions have also opened up opportunities for more innovative and experimental types of work. With clients seeking products which realise the full potential of new technologies, skilled workers can push forward the technical and aesthetic limits of their craft. Instead of continually repeating what has already been done, digital workers can demonstrate their creativity by producing artefacts which have never been seen before. Yet, as managers become more techno-savvy, even this limited form of workplace autonomy is now be threatened. By organising themselves in a union, digital workers can celebrate their skills in creating new technical and aesthetic forms. Above all, they can successfully defend their recently-acquired rights to experiment and innovate.

What skills are involved in digital work?

In many sectors, the introduction of computer and Net technologies hasn’t abolished Fordist methods of working. In financial institutions, much of the labour remains tedious data-processing. In call-centres, each moment of an individual’s working-day is still closely supervised. Even within new media, many people primarily carry out routine coding and design for their jobs. Yet, despite these continuities with Fordism, the production of digital artefacts also encourages new methods of working. Because of the ease of reproduction, most of the costs of manufacture are no longer expended making multiple copies of the same product. Instead, investment is concentrated upon the design and building of the first copy of a digital artefact. Because such tasks are difficult to mechanise, this form of production must be carried out by craft labour. In order to make useful and beautiful products, digital artisans need both technical and aesthetic skills for their work. Because different people’s abilities are often combined to complete a specific job, these workers must have social skills to collaborate easily with each other. Above all, digital artisans must possess the self-confidence to run their own working lives. By coming together in a union, workers don’t just gain recognition for their individual skills from their peers. More importantly, collective representation wins respect for the creative powers of digital workers from society as a whole.

What distinguishes digital artisans from cyber-entrepreneurs?

According to neo-liberal cyber-gurus, the dissemination of computer and Net technologies will create a completely ‘new paradigm’ where everyone can become a cyber-entrepreneur. Yet, despite some important changes in the methods of working, the divisions between management and workers persist. Above all, the most important social question within capitalism remains: who controls economic institutions? Although the personal relations between management and employees are less formal, the old Fordist techniques for supervising and controlling all aspects of production from above persist. Despite all the rhetoric of the ‘new paradigm’, the spread of new information technologies perpetuates – and sometimes intensifies – the old class divisions of capitalism.

Yet, the increased importance of craft labour within the digital economy has forced even long-established corporations to change their methods of management. Rather than directly supervising skilled workers, large companies increasingly prefer to sub-contract their tasks either to small companies or directly to individual artisans. Instead of bureaucrats directing people to perform tasks, market competition for short-term contracts instead controls workers who couldn’t be disciplined by other means. Like their proto-industrial predecessors, self-employed digital artisans can earn high wages and control the pace of their work. Compared to those in traditional jobs, they are members of a new ‘labour aristocracy’. However, most of these skilled workers still have little or no say in the companies which employ them. If they own a few shares, they usually have little influence over the strategy of the firm. Even those artisans who do control their own companies remain subordinate to market disciplines imposed by their corporate clients. Needing to ensure products are delivered on time and within budget, they are either forced either to become managers themselves or sell their companies to someone else so they can still engage in creative work. As the commercial sector of the Net grows, individuals employed in this new branch of production must begin protecting their collective interests. They can each gain by together gathering knowledge about the behaviour of employers and the nature of working conditions. As in other sectors, digital workers need one common labour organisation: the trade union.

What divides digital workers from each other?

According to some cyber-gurus, the spread of information technologies will quickly remove almost all barriers between people. Yet, within the newly-emerging sectors of production, many traditional forms of social differences persist – or have even got worse – as market competition has intensified. As in the past, the division of labour within the digital economy continues to determined by age, gender and background. The shopfloor employees of call-centres are overwhelmingly older women with little formal education. The digital artisans are much more likely to be young men with degrees or similar qualifications. As well as continuing social polarisation within industrialised countries, digital technologies also perpetuate the global division of labour which was created in last century by European imperialism. While Northern workers can explore the creative potential of the latest software and hardware, people in the South are mainly employed to carry out repetitive and boring data-processing. While they remain divided by such deep-rooted social and geographical differences, digital workers are ironically now less collectivist and internationalist than many of their employers. They can only discover what unites them by coming together in a trade union.

What are the common interests of digital workers?

Whether working as an employee of a Fordist corporation or as an artisan carrying out a contract, all digital workers need good conditions to carry out their jobs. Their place of work should be safe, comfortable and healthy. The technologies used in production should not harm their users over the long-term. Work patterns should not lead to people getting industrial illnesses. As in every other industry, digital workers also need to advance their economic position as a group. Within corporations, they must jointly negotiate their terms and conditions of employment. Within contract work, they must establish industry agreements on rates for jobs and common business practices. Above all, data-processors and digital artisans must develop political solidarity between each other as workers, both vertically and horizontally. They all have a common interest in ensuring that the state advances the legal, welfare and other interests of employees rather than hinders them.

How can digital workers organise to advance their common interests?

For generations, workers formed trade unions to bargain with their employers and to campaign for political reforms. As in other industries, workers in the emerging digital economy also need to defend their common interests. However, most of the existing labour organisations are not responding quickly enough to the changes in people’s working lives. Although formed to fight the employers, industrial trade unions were also created in the image of the Fordist factory: bureaucratic, centralised and nationalist. For those working within the digital economy, such labour organisations seem anachronistic. Instead, new forms of unionism need to be developed which can represent the interests of digital workers. As well as reforming the structures of existing labour organisations, digital workers should start co-operating with each other using their own methods. As they’re already on-line, people could organise to advance their common interests through the Net. Formed within the digital economy, a virtual trade union should emphasise new principles of labour organisation: artisanal, networked and global.

Richard Barbrook is the coordinator of the Hypermedia Research Centre at the University of Westminster and was the first course leader of its MA in Hypermedia Studies. In collaboration with Andy Cameron, he wrote ‘The Californian Ideology’ which was a pioneering critique of the neo-liberal politics of ‘Wired’ magazine. 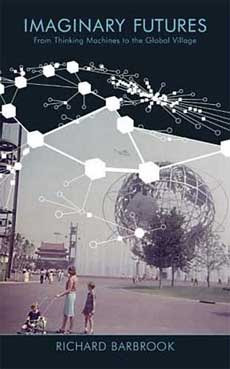