Since the 1980s poetry has effectively moved away from the printed page. From the early days of the minitel to the personal computer as a writing and reading environment, we have witnessed the development of new poetic languages. Video, holography, programming and the web have further expanded the possibilities and the reach of this new poetry. Now, in a world of clones, chimeras, and transgenic creatures, it is time to consider new directions for poetry in vivo. Below I propose the use of biotechnology and living organisms in poetry as a new realm of verbal, paraverbal and nonverbal creation.

1) Microbot performance: Write and perform with a microrobot in the language of the bees, for a bee audience, in a semi-functional, semi-fictional dance.

2) Atomic writing: position atoms precisely and create moleculesa to spell words. Give these molecular words expression in plants and let them grow new words through mutation. Observe and smell the molecular grammatology of the resulting flowers.

3) Marine mammal dialogical interaction: compose sound text by manipulating recorded parameters of pitch and frequency of dolphin communication, for a dolphin audience. Observe how a whale audience responds and vice-versa.

4) Transgenic poetry: synthesize DNA according to invented codes to write words and sentences using combinations of nucleotides. Incorporate these DNA words and sentences into the genome of living organisms, which then pass them on to their offspring, combining with words of other organisms. Through mutation, natural loss and exchange of DNA material new words and sentences will emerge. Read the transpoem back via DNA sequencing.

5) Telephant Infrasonics: Elephants can sustain powerful infrasound conversations at distances as far as eight miles. These can be perceived by attuned humans as air pressure variations. Create infrasound compositions that function as long-distance elephant calls and transmit them from afar to a population of forest elephants.
6) Amoebal scripting: Hand write in a medium such as agar using amoebal colonies as the inscription substance and observe their growth, movement, and interaction until the text changes or disappears. Observe amoebal scripting at the microscopic and the macroscopic scales simultaneously.

7) Luciferase signaling: create bard fireflies by manipulating the genes that code for bioluminescence, enabling them to use their light for whimsical (creative) displays, in addition to the standard natural uses (e.g., scaring off predators and attracting mates or smaller creatures to devour).

8) Dynamic biochromatic composition: use the chromatic language of the squid to create fantastic colorful displays that communicate ideas drawn from the squid Umwelt but suggesting other possible experiences.

9) Avian literature: teach an African Gray parrot not simply to read and speak, and manipulate symbols, but to compose and perform literary pieces.

10) Bacterial poetics: two identical colonies of bacteria share a petri dish. One colony has encoded in a plasmid a poem X, while the other has a poem Y. As they compete for the same resources, or share genetic material, perhaps one colony will outlive the other, perhaps new bacteria will emerge through horizontal poetic gene transfer.

11) Xenographics: Transplant a living text from one organism to another, and vice-versa, so as to create an in vivo tattoo.

12) Tissuetext: Culture tissue in the shape of word-structures. Grow the tissue slowly until the word-structures form an overall film and erase themselves.

13) Proteopoetics: create a code that converts words into aminoacids and produce with it a three-dimensional proteinpoem, thus completely bypassing the need to use a gene to encode the protein. Write the protein directly. Synthesize the proteinpoem. Model it in digital and non-digital media. Express it in living organisms.

14) Agroverbalia: Use an electron beam to write different words on the surface of seeds. Grow the plants and observe what words yield robust plants. Plant seeds in different meaningful arrays. Explore hybridization of meanings.

15) Nanopoetry: Assign meaning to quantum dots and nanospheres of different colors. Express them in living cells. Observe what dots and spheres move in what direction, and read the quantum and nanowords as they move through the internal three-dimensional structure of the cell. Reading is observation of vectorial trajectories within the cell. Meaning continuously changes, as certain quantum and nanowords are in the proximity of others, or move close or far away from others. The entire cell is the writing substrate, as a field of potential meaning.

16) Molecular semantics: Create molecular words by assigning phonetic meaning to individual atoms. With dip-pen nanolithography deliver molecules to an atomically-flat gold surface to write a new text. The text is made of molecules which are themselves words.

17) Asyntactical carbogram: Create suggestive verbal nanoarchitectures only a few billionths of a meter in diameter.

18) Metabolic metaphors: Control the metabolism of some microorganisms within a large population in thick media so that ephemeral words can be produced by their reaction to specific environmental conditions, such as exposure to light. Allow these living words to dissipate themselves naturally. The temporal duration of this process of dissipation should be controlled so as to be an intrinsic element of the meaning of the poem.

19) Haptic listening: Implant a self-powered microchip that emits a sound poem upon contact (via pressure). The sound is not amplified enough to be heard though the skin. The listener must make physical contact with the poet in order for the sound to travel from the microchip inside the poet’s body into the listener’s body. The listener becomes the medium through which the sound is transmitted. The poem enters the listener’s body not through the ears, but from inside, through the body itself

20) Scriptogenesis: Create an entirely new living organism, which has never existed before, by first assembling atoms into molecules through “Atomic writing” or “Molecular semantics”. Then, organize these molecules into a minimal but functional chromosome. Either synthesize a nucleus to contain this chromosome or introduce it into an existent nucleus. Do the same for the entire cell. Reading occurs through observation of the cytopoetological transformations of the scriptogenic chromosome throughout the processes of growth and reproduction of the unicellular organism. 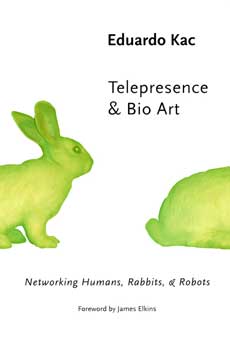