The artistic representation of nature is closely linked with the social perception of the natural world. This is a two-way process: society draws its ideas about how to view and experience nature from the conventions of visual culture, while at the same time artists reflect and react to current societal attitudes to the environment.

There is a long tradition of viewing art as a mirror of nature, but what should be also recognised is the reciprocal practice of aesthetically appreciating nature in terms of art. In other words, when admiring a natural landscape, we apply the same aesthetic conventions we use for appreciating a work of art: ‘We went into the country and discovered beautiful views, always remembering the criteria of landscape beauty as established by critics and artists.’
Nature as subject in contemporary art acts as a barometer of ecological attunement, while correspondingly artists contribute to a progressive shift in how we relate to and envision nature.

Landscape and its Origin

The notion of landscape has a wide range of connotations. When the word was introduced into English around 1600, it was borrowed as a painters’ term from the Dutch Landschap, at a time when Dutch artists were becoming masters of the landscape genre. Originally, ‘landscape’ meant a picture of a view, taking another thirty years to acquire the meaning of the view itself.

A customary definition of landscape is ‘a portion of land which the eye can comprehend at a glance.’ This definition interestingly depends on a frame to mark out what you see from the unseen. When artist Ana Opalic entitles her work ‘I do not See’ (2002), showing a series of video-photographs of a disappearing forest path, she refers to what is excluded from our frame of vision. Her work also draws attention to the potential of the landscape genre for representing inner experience.

The contemporary understanding of landscape includes the sense of it as ‘an ideological tool shaping the way in which we envision and construct the natural world.’ This aspect of landscape can be traced in the areas of gender, class, national identity and the exercise of colonial power.

Between the Sublime and Picturesque

Landscape as a genre is closely entwined with the notions of the sublime and picturesque. It was the rise of secular science and secular art, from the Renaissance onwards, that made possible the aesthetic appreciation of nature. Nature was, on the one hand, objectified by science and, on the other, subjectified by art. This distancing and framing of nature led in the Eighteenth Century to the development of the twin aesthetic categories of the sublime and picturesque.

By means of the sublime ‘even the most threatening of nature’s manifestations, such as mountains and wilderness, could be distanced and appreciated, rather than simply feared and despised.’ While the sublime stripped and objectified nature, the picturesque gave it a subjective and romantic image. The picturesque literally means picture-like, and involves seeing the natural world as divided into generic artistic scenes. Images of ruined castles, a lonely tree in the puszta and images of seaside villages come to mind.

The contemporary unframed landscape takes a critical stance towards the picturesque, either by depicting a landscape that does not correspond to the conventional categories of the picturesque, or by deliberately drawing our attention to those categories. The landscapes of Hungarian artist Csaba Nemes include water towers and transmitters as a part of the natural scenery, leaving us uncertain whether we are dealing with the new picturesque or a challenge to it.

Purification of the visual field

The changes that landscape painting underwent during the course of Modernism are succinctly described by W.J.T. Mitchell as ‘a progressive movement towards the purification of the visual field.’ Modernist practice was oriented towards extracting natural features from their contexts and dwelling on their formal properties, such as colour, shape and rhythm. Another aspect of the modernist aesthetic was the radical separation of the work of art from everyday life. The success of an art work was often measured by ‘how effectively that work separated itself from everyday time and space to provide an imaginary oasis of ideal reflection.’

Despite the modernist principle of art-for-art’s-sake, there is a clear interconnection between artistic vision and society’s experience of nature, here in terms of alienation, separation and distance. Suzi Gablik stresses the interdependence of separation from nature and framing as a way of perceiving: ‘‘Enframing’ is a way of seeing, inherited from the Renaissance, that produced the notion of the spectator, who steps back and observes, who is the surveyor of the scene, but outside of it, separate from what he sees.’

The heroic age of Land Art

The Land Art movement of the 1970s represented both a new take on the picturesque, and a development towards a less framed way of depicting nature. The famous earthworks, such as Smithson’s Spiral Jetty (1970) and Walter de Maria’s Lightning Field (1977), took contemporary art out of the white cube to make dramatic interventions in the living landscape. Apart from the emphasis on time and process, another important characteristic of Land Art is that it cannot be comprehended through a single image. In this sense, it has been described as ‘an unframed experience with no one correct perspective or focus.’

But, while Earthworks were formally ‘unframed’, internally they still expressed the modernist desire to achieve mastery over nature. Land art can be regarded as the most macho of the post-war art movements. For example, two trucks, a tractor, and a large bulldozer laboured to shift 6,783 tonnes of earth to create Smithson’s spiral shape in the Great Salt Lake -perfectly symbolising the dominator culture from which it originates. Richard Long is another case in point: ‘His work embarrassingly fails to connect with environmental politics and ecological concerns nor with the social conditions of the countries where he walks without travelling.’

Gradually, the pioneering work of the great earthmovers, who forcibly rearranged the stuff of the natural world, was succeeded by artists who sought to change our emotional and spiritual relationship with it. The commitment of environmental artists is to ‘remedy the damage rather than poeticise it.’

The challenge of ecology, feminism and post-modernism

The rise of environmentalism, feminism, and post-modernist critical theory together has significantly changed our understanding of nature, and consequently artistic practice. Ecology has challenged the anthropocentrism of a culture based on the objectification and exploitation of nature. When talking about environmental artists Newton and Helen Harrison, eco-feminist Carolyn Merchant has praised the way ‘they think of the world as a giant conversation, in which everyone is involved, not only people, but trees and rocks and landscapes and rivers.’

Feminism in general, and ecofeminism in particular, have brought a new understanding of how gender has shaped the ways in which we see the environment. This has involved drawing attention to the ubiquitous binary coupling of women with nature and men with culture. Landscape art is deconstructed as mastery over nature that is evident in the rules of perspective and the stress on viewpoints for representing nature. Eco-feminists aspire to move beyond dualistic thinking and to establish relationships based not on hierarchy and domination, but on caring, respect, and awareness of interconnection.

Post-modernist theory demonstrates how our relations to the non-human world are always historically-mediated and constructed. For post-modernists, landscape is a set of contingent visual and verbal conventions, rather than something natural and given. In the words of Simon Schama, ‘‘it is our shaping perception that makes the difference between raw matter and landscape.’

Cartography or mapping is seen as a project for making nature legible, and was an obsession for the early land artists. This patriarchal habit is exposed in the landscape painting of Croatian artist Matko Vekic. The modernist grid is superimposed over a mountain, denoting and denouncing our obsession with classifying and mapping nature as an instrument of rationality and domination.

In the conventional landscape that reduces nature to two dimensions, stresses formal qualities and frames and flattens the natural world into scenery, our normal experience of nature is ignored. Nature possesses contextual dimensions, offers a multi-sensory experience, and appears as a seamless unity. On the one hand we have an everyday emotional relationship with it, on the other, nature is something alien, mystical and unknowable.

The post-modern reading of nature as a textual construct made up of countless layers of human interpretation, none of which is privileged over another, is ultimately unsatisfactory. Beneath the many layers of cultural framing, there remains something irreducible about the natural world. For when the frame is dissolved, ‘the spectatorial orientation associated with the fixed gaze disappears, and we are in the presence of another vision entirely.’

Maja and Reuben Fowkes are curators and art historians working from Budapest and London whose work focuses on the theory and aesthetics of East European art from the art production of the socialist era to contemporary artistic responses to the transformations brought by globalisation.

Text by Maja and Reuben Fowkes 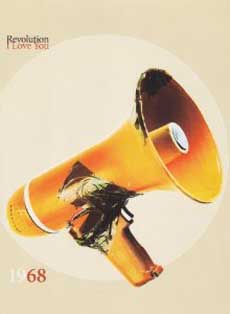