* After Artaud it will have become clear.

What would it mean to have drawn? To draw – present both as a question and as an act. With drawing, within drawing, as drawing – thus drawing as procedure and material act – paper is marked.

The page is no longer readily separable from marking. The markings, at crucial points, points that can be understood as material junctures, become the paper. As such the moments of separation are maintained only in their dispersal and conflation within drawing. Work as junctura.

The mark – ‘le trait’ – emerges with force. The force in question however is not that which is there prior to the mark’s presence and which would then be deployed in order to account for the mark. (The mark’s presence signalling neither the possibility nor the impossibility of presentation.) Hence, there is an opening stemming from the need for another account of presentation. Accepting this as the point of departure means that drawing – in Artaud’s practice – demands of the philosophical that it take up the centrality of an ontology of force. Force is not just the coming forth of the mark. What such a positioning displaces at the same time are accounts of presentation that refuse the mark’s inherent materiality.

* Writing and marking do not admit of any easy separation. An occurrence that is as much visual as it is stated. Artaud’s ‘dessins’ continue to enact that positioning. Artaud ‘writes’,

The page, though it is one in which physical marks appears in/on/as the page is already marked. (Place is a complex question in relation to Artaud.

Deciding on the apposite preposition – in/on/as etc – is of necessity impossible.) Marking as writing and as the page’s own disruption. A disruption, which in being a physical act, is the page’s transformation. A materiality that draws with it the marks, the content, the surface works such that the distinctions these elements normally entail are eschewed. That move is an art practice. The philosophical project is positioned by it.

* The lines cited above – lines that mark the bottom half of a page, a page marked and punctured by other ‘traits’ – ends with the word ‘alors’. Preceding that word there is a comma. Or at least when represented such that the writing can then be printed the comma is clear. At work here is of course writing ‘s transformation, perhaps stilling, by its incorporation into a typeface via a font (the latter – the font – already the site of a deliberate choice that distances by definition the drawing’s material presence). The manuscript is less clear. The comma in this instance is much smaller than other commas. And yet it is not a full stop The French ‘point final’ would not have been appropriate. This lack of propriety is writ large within Artaud’s project. The ‘alors’ signals an opening. Semantically that is clear. The position of the comma – its drawn presence, is not just there as a moment of writing (as traditionally understood) nor as one of drawing (as traditionally understood) but as the writing/drawing whose effect cannot be differentiated from its material presence. Presence here is not the twofold of surface and written event. Both become part of a material juncture. Work as junctura. 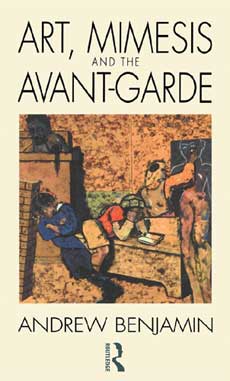