During the recent past, citizenship used to essentially encompass our local community: the neighbourhood, city and country in which we lived. But the digital world has no such physical borders, and its citizens now need to ‘live’ with everyone everywhere. Confronted with enormous social and political unrest our understanding of democracy is seriously challenged. At a time when both the meaning and the role of citizens is changing under the demand for global integration and homogenisation, an estimate of 21 million people around the world remain stateless whilst refugee numbers are currently increasing due to mass exodus from war torn countries and environmental disaster areas.

These victims of shifting borders, economic hardship, climate catastrophes or political conflict, are without a country. Without a State, they are stripped of their human rights which are legally tied with the state and its citizens. In addition to Iraq, refugees with passports from countries such as Palestine, Afghanistan, Syria and Somalia arrive at international borders only to discover that they are no longer considered legal citizens and in some cases, their passports are shredded, leaving them totally vulnerable. These countries, experiencing internal turmoil of war, dictatorial oppression, and religious extremism no longer have a functioning infrastructure to protect their own citizens’ human rights as many parts of these nations have been decimated into wastelands. Their citizens almost always have a legitimate and legal right to refuge in Europe however most European countries fear that an influx of refugees would hasten the collapse of their own social order and so entry is denied. The growing xenophobia and racism is dislocating many EU countries from each other. Without a state, people from war-torn countries are stripped of many of their human rights being no longer considered citizens of anywhere. In a world where information equals power, what is the status of those who are not documented?

The notion of citizenship, once a mere legal formality, has become an unreliable genesis for individual and communal identity and its once static meaning now includes definitions such as global-, transnational-, translocal-, multicultural-, digital- and cosmopolitan citizenship. By integrating debates on migration, mobility and digital communication this project aims to consider the humanitarian aspects of being Stateless in context to the worldwide deterioration in the understanding of citizenship effected by the parallel global transformation of the citizen from politis – to consumer – to product.

On the day of the opening of the exhibition, NeMe has organised a discussion with presentations in Greek by Human Rights lawyer Nicoletta Charalambidou (KISA), and Akid Hassan, a stateless Syrian Kurd residing in Cyprus. 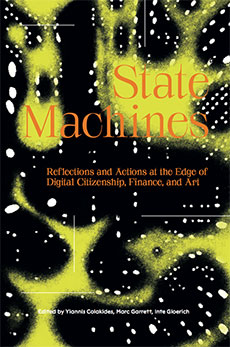