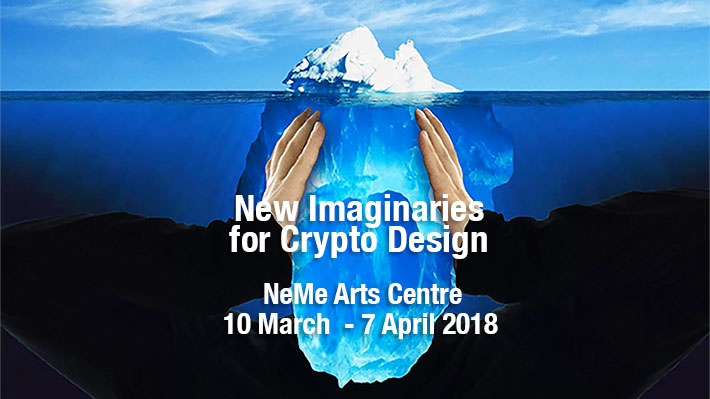 On Saturday, 10 March 2018, at 7.00pm the Institute of Network Cultures and NeMe invite you to a talk by Patricia de Vries and the opening of the exhibition New Imaginaries for Crypto Design.

This exhibition is a result of an open call to artists, designers, researchers and visionaries who are creating new images of the Deep Web.

Patricia de Vries is project coordinator at the Institute of Network Cultures, and is responsible for coordinating current research projects. Patricia has an academic background in Media Studies (BA), Cultural Analysis (MA) and Liberal Studies (MA). Over the years, working with several media, cultural and research institutions in different capacities, she gained a wide range of work experience in research, editing, and project and event management. Among other things, she worked as a film programmer at Studio K, as an editor of the art magazine Simulacrum, and as a marketing and PR assistant at Boom Publishing House. From 2010 until 2012 she was based in New York where she served as a research and communications associate at the think tank World Policy Institute, and as a teaching assistant of prof. James Miller at The New School for Social Research.