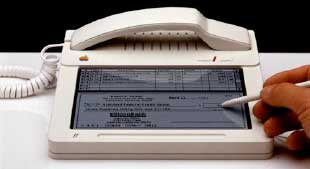 Our sense of space has changed. Our sense of data has also forever changed. The smart phone and tablet has malleable layers of augmented maps and an internet that is portable, more personalized and often skinning the earth itself with data. The time has come to search for new metaphors for the net itself and how we work with information and physical space. There is also the issue of deep data, of archive and of the growing mass of not only web sites, traffic, aggregates and the cloud, but of those derelict dead space craft of old sites, broken links and older iterations of aesthetics and functionality on a sort of drift.

The glimmer and glint of locative media has morphed into ubiquity. Augmented Reality is on the same track. It is not absurd to picture a near future where a battle for the skies emerges as a multi-billion dollar industry but not the planes of the early 20th century in battle. Imagine a sun burning bright above that one turns to look at while walking in a city. It is not a sun, but a logo, the short fuse semiotics of iconography and commerce. The logo confirms point of gaze and transmits a data stream (what we now would call a commercial or ad data). The battle for the skies will be for position in this future internet. Companies will fight tooth and nail to get the best spots not on web pages or magazines but for the field of vision and even for what positions would feel the most organic (more likely to trigger ) as opposed to our older notions of most ideal spot on the edge of the data stream.

There also soon is emerging another growth industry of smart AR. Imagine a group of blocks to build with in real space and each has the capability to first be data filled, then reactive when moved together and towards others. This will allow models to teach the user of their materials and materiality, warn of possibly conflicts and risk factors while interacting in real space. The AR materials will also thus “learn” with more use. This will move beyond the static AR of singular objects and limited functionality. The likely phase beyond this will be the emergence of a broader and broader range of usage and apps that shift into an intelligent, malleable and even adaptive AR.

The sort of dystopic screen obsession that is crashing so many cars and sending people walking into fountains and maiming social interaction is a clear impasse in this area of our interaction with data and the physical world. This is the bastard child of locative media and the rise of smart phones. The screen feeds a sort of digital narcissism and break from the real. This has now been widely discussed. The interesting irony is that at the same time no one thinks of the physical internet, the floors of buildings in cities and nodes across the landscape that run the data, power the beast so to speak.

There also is the odd split of a growing ability to move past QR codes to scans with a phone to see layered live data sets while ignoring a conversation to check texts and social media. This dystopia is of the simultaneity of a flattening and rounding of data in physical spaces at once. It must shift out of this impasse.

The elements of a sense of depth must be applied to data. The internet and worldwide web are not just nouns, but are also metaphors of the once comparatively flat net. It skins much of the world with geo data now. It is malleable on layers on maps now on phones. It runs a risk of running out of digital space now. It has issues of its deep data like the way of the deepest unexplored and at risk of being lost areas of the very oceans on this planet. The time has come to search for the best applicable new metaphors that are of 3 dimensions, not the flat. The web sites , aggregates, map annotations , AR, etc. are a space of depth, of layers, of the elements of access in this more 3 dimensional sense of data space.

Another key area is moving into approaching the possibilities of text developed and presented in methods working more with elements of a 3 dimensional space not a flat page or web page. The placement of text utilizing the immersive sense of space possible with Augmented Reality now includes elevation, depth of field, text interactions in terms of their geometric placement in space (will they be laid out facing different directions at different distances? May they mimic shapes in the physical world perhaps to even comment on architecture of buildings and communication in real space?) and immersion.

In the project “Hight/Skwarek Battle” ( a collaboration with Augmented Reality artist and member of the Manifest AR collective Mark Skwarek) this author worked on a system exploring the possibilities of relating the internal dynamics and formal aesthetics of written text and the related elements in physical space. Texts were laid out at several landmarks in Washington D.C that were built based on elevation, geo-spatial location and distances and the related functionality and semiotics as viewed/read on smart phones. This was the beginning of an upcoming series of works this author is making working with elevation, depth of field, immersive space and in one project, elements of quantum mechanics.

There also must be the direct correlation in text and its dynamics. Meta textual elements can now be laid out high above utilizing elevation to read geo-physically as something of another context and way of reading by the physicality of placement and reading. The parenthetical aside has long been seen in text as a whispered aside, of subtext or a hint at something left out of the primary text but for this quick quiet mention. It is a powerful structural tool in text and is arguably being used less in recent times. The creating of text and “publishing” in a physical space with elevation options now opens up tantalizing questions as to how one can geo-spatially/ mixed space lay out parenthetical asides. One possibility is to lay it at ground level below a primary area of text.

There is a long history in many fields of the semiotics of space that dictates that near eye level is ideal to place things Ground level thus has long read as not only less than ideal, but semiotically base, trod upon, out of primary view and thus contextual/ structural thrust and architecture. The text placed at this level can read as the aside, left humbly low to the ground. The parenthesis thus moves from grammatical form and place within sentence and paragraph as space to the geo-location and how it reads in physical space.

Ground level can also be semiotically read as the humility of ground level; the painting is hung at eye level; the high window is to see stars at night; the ground is none of these things. The textual equivalent in this example is that of the intentionally spare, sparsely detailed sentence or phrase laid out this way for this moment of direct clarity. In texts this is often the moment of breaking from the primary layered vocabulary and sentence structure to lay out a kind of burst of how in direct terms a point can hit the reader (in intentional remove from the density of text around it). One can now with Augmented Reality text construction (poetry or prose) lay out a field of texts near eye level and the ground level text laid out more straightforward, the impact now laid out spatially as well as in terms of textual construction.

Punctuation in textual space has long been a kind of speed control, the traffic lights and urban planning of ideas and thoughts translated into the space of sentences, commas, semicolons and paragraphs on the page and online.

The correlation to physical space is clear as is the sense that one moves through what they read as a path and a space. The interesting possibilities that have much space to explore are now how to explore this in immersive 3d sense of physical space and the fusion/crossover with these elements within text. What is the semicolon in the city one decides to write in/into? Where shall the commas be in say a grouping of 10 texts laid out spatially by feet apart, elevations and their distance from a place of literal historical relevance or simply relevance in the narrative?

Design be it graphic, interface, back end, experience, architecture, layout etc. also has elements of a powerful and intense internal and external dynamic tension:

These crucial questions now also resonate with how one may incorporate text into a physical space not as pinned flat, but in a 3 dimensional sense of space now possible. The possibilities are fascinating as form, design, aesthetics, sequence and all elements of the dynamic tension of how one reads and moves in a full depth physical space are linked.

Jeremy Hight is a locative media/new media artist and a writer. He is credited with inventing locative spatial narrative in the first locative narrative project 34 north 118 west. This essay – first published in streetnotes – was named one of the 4 primary texts in locative media. A retrospective look at his work and a look at "reading" the landscape is in volume 14 issue 08 of Leonardo. He has published over 20 theoretical essays and exhibited work in festivals and museums internationally. 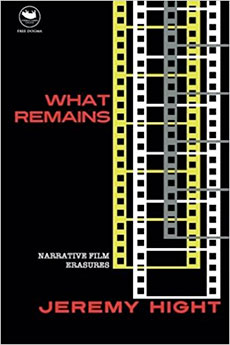